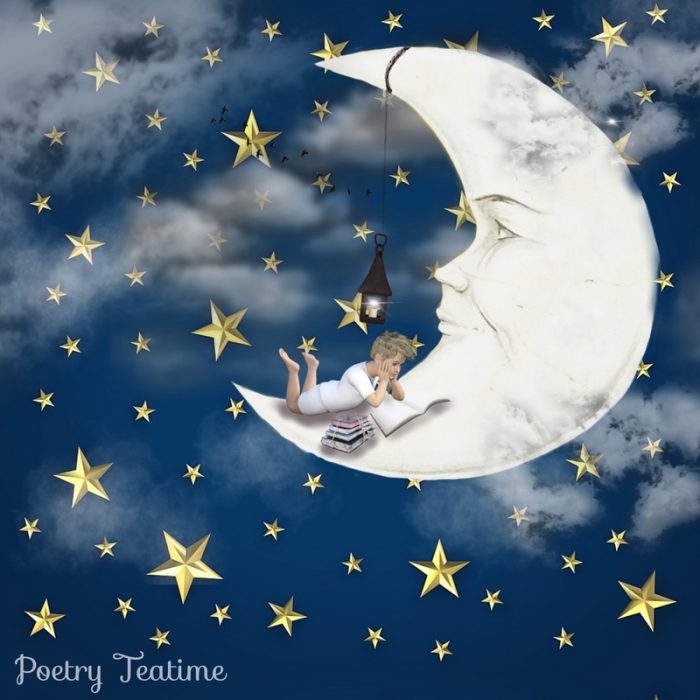 Chances are, if you’ve grown up reading poetry, you’ve heard a nursery rhyme or twenty. They’re catchy, easy to sing, and full of nonsense. But did you know that nursery rhymes actually have a long history, and many of them have surprising origin stories? Read on to discover the fascinating past of nursery rhymes and lullabies, and get some ideas for more rhymes to explore in your teatime!

Did you know that every human culture has some sort of song, lullaby, or nursery rhyme for children? Nursery rhymes are also some of the oldest poems in the world. Many of the ones we know today were collected and published in the Nineteenth Century, but they were likely sung to children for centuries before then.

Nursery rhymes have all sorts of meanings. Many lullabies and rhymes are simply meant to protect children from harm. Others, however, record hidden political messages or history lessons. Here are a few examples of the bizarre origins of nursery rhymes:

Switching on the Moon: A Very First Book of Bedtime Poems, edited by Jane Yolen and Andrew Fusek Peters

Read-Aloud Rhymes for the Very Young, selected by Jack Prelutsky

Lullabies: An Illustrated Songbook, from the Metropolitan Museum of Art