All About the Ode - Poetry Teatime 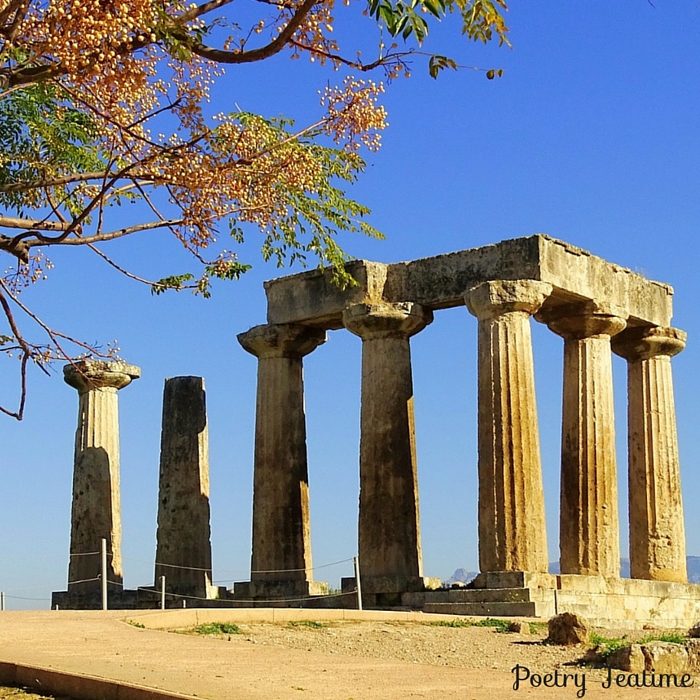 Oh, ode! Thou art the most beautiful of poetic forms! Thy lines and stanzas so beautifully reflect the object of thy love. In thine eyes, the ordinary is transformed into an object of the highest praise. Ode! Flourish until the end of time!

The lines above are an example of an ode--that is, a poem that praises some person or thing. The ode began with poets in Ancient Greece and was used to commemorate heroes who died in battle or athletes who won competitions. Today, odes are still written to honor others’ sacrifices or to praise important achievements.

However, odes can be about anything! An ode can praise a lost cone of ice cream or even the mighty kraken. And odes are all over the place in disguise. Have you ever gone out to a fancy restaurant and praised the food for weeks afterward? You were basically saying an “ode” to the food. You can find odes in pop songs and even cringe-worthy odes in some commercials. Odes are all around us. So let’s read a couple!

In one of the most famous odes, “Ode on a Grecian Urn,” John Keats praises an Ancient Greek vase and the “leaf-fring’d legends” that the vase illustrates. In the second and third stanzas, Keats describes the people that are on the vase: two lovers who are always eternally young yet stuck forever not quite reaching each other. In the fourth stanza, he describes another scene on the vase: the destruction of a village. Keats concludes by writing that this vase will endure as a work of art throughout time.

Readers have puzzled over his lines “beauty is truth, truth beauty” at the end of the poem. Try and see if you can unravel the mystery by discussing the poem with older students! With younger students, try reading just the final stanza and discussing it together.

Ode on a Grecian Urn

Thou still unravish'd bride of quietness,
Thou foster-child of silence and slow time,
Sylvan historian, who canst thus express
A flowery tale more sweetly than our rhyme:
What leaf-fring'd legend haunts about thy shape
Of deities or mortals, or of both,
In Tempe or the dales of Arcady?
What men or gods are these? What maidens loth?
What mad pursuit? What struggle to escape?
What pipes and timbrels? What wild ecstasy?

Heard melodies are sweet, but those unheard
Are sweeter; therefore, ye soft pipes, play on;
Not to the sensual ear, but, more endear'd,
Pipe to the spirit ditties of no tone:
Fair youth, beneath the trees, thou canst not leave
Thy song, nor ever can those trees be bare;
Bold Lover, never, never canst thou kiss,
Though winning near the goal yet, do not grieve;
She cannot fade, though thou hast not thy bliss,
For ever wilt thou love, and she be fair!

Ah, happy, happy boughs! that cannot shed
Your leaves, nor ever bid the Spring adieu;
And, happy melodist, unwearied,
For ever piping songs for ever new;
More happy love! more happy, happy love!
For ever warm and still to be enjoy'd,
For ever panting, and for ever young;
All breathing human passion far above,
That leaves a heart high-sorrowful and cloy'd,
A burning forehead, and a parching tongue.

Who are these coming to the sacrifice?
To what green altar, O mysterious priest,
Lead'st thou that heifer lowing at the skies,
And all her silken flanks with garlands drest?
What little town by river or sea shore,
Or mountain-built with peaceful citadel,
Is emptied of this folk, this pious morn?
And, little town, thy streets for evermore
Will silent be; and not a soul to tell
Why thou art desolate, can e'er return.

O Attic shape! Fair attitude! with brede
Of marble men and maidens overwrought,
With forest branches and the trodden weed;
Thou, silent form, dost tease us out of thought
As doth eternity: Cold Pastoral!
When old age shall this generation waste,
Thou shalt remain, in midst of other woe
Than ours, a friend to man, to whom thou say'st,
"Beauty is truth, truth beauty,—that is all
Ye know on earth, and all ye need to know."

Create your own ode to a Greek vase!

Use a template below and cut out the shape of the vase, or fold a piece of paper in half, draw the outline of half of a vase, and cut it out. Then decorate your vase with illustrations of a mythical battle or person that you’d like to praise. Remember the traditional red and black colors of Greek pottery! Finally, write an ode to go along with the illustrations on your vase.

If you’re up for a more involved art project involving balloons, newspaper, and paper mache, check out these instructions for a Grecian urn from The Unlikely Homeschool.

Look through the magazines and find an object or word that stands out to you--something that you’d like to write an ode about. It could be from an ad for grilled cheese sandwiches, or it could be an actual person discussed in the magazine. Anything works, as long as it captures your attention. Then, cut out the word or image and paste it to a piece of paper. Write an ode in which you talk to the object directly (“Oh hamberger! Your juiciness…”). Be sure to share your poems with each other after you’re finished.

Inspiration: this activity for writing odes from Alina’s Adventures.

Neighborhood Odes by Gary Soto: A modern collection of odes about multicultural experiences and childhood

Hey, You!: Poems to Skyscrapers, Mosquitoes, and Other Fun Things, by Paul B. Janeczko: Poems written to such mundane and special things as a sea horse, a skyscraper, and light

Eric Carle's Animals Animals, Ed. Eric Carle: Poems from a wide range of styles and countries, including many odes

From the Bellybutton of the Moon: And Other Summer Poems / Del Ombligo de la Luna: Y Otros Poemas de Verano, by Francisco X. Alarcon: Bilingual poetry book with a side-by-side English and Spanish poems about summer, using forms such as odes

A Kick in the Head: An Everyday Guide to Poetic Form, by Paul B. Janeczko: describes the 29 most common types of poetry and includes lots of fun examples

Scholastic Lesson on Odes: Lesson plan with suggestions for discussing and writing odes for kids

PBS Kids Lesson on Poems of Address: A close relative of odes, poems of address are poems that speak directly to an object or person and often praises it. Odes are considered a type of poem of address. 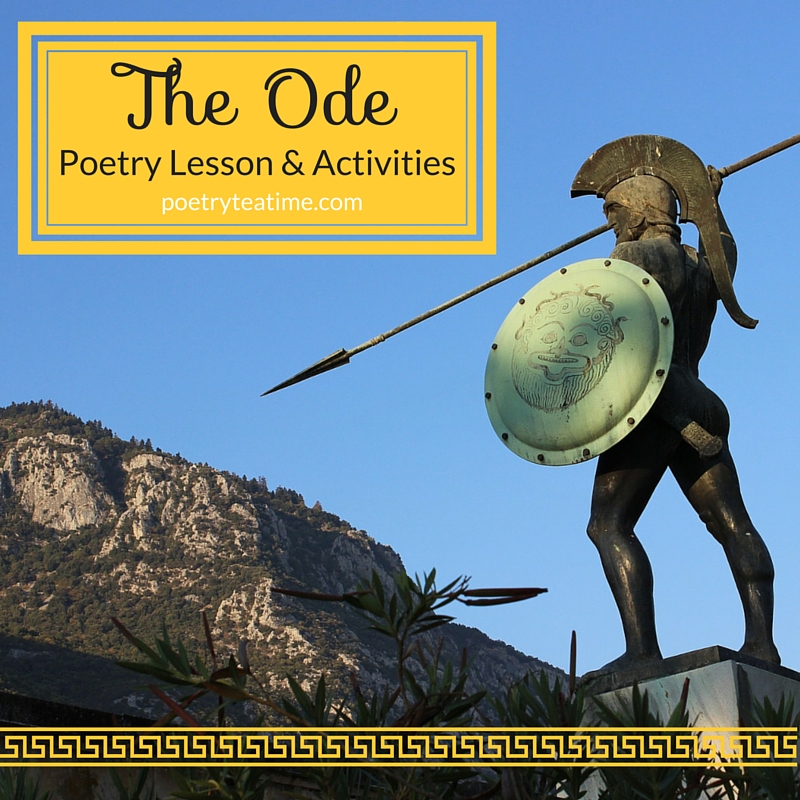