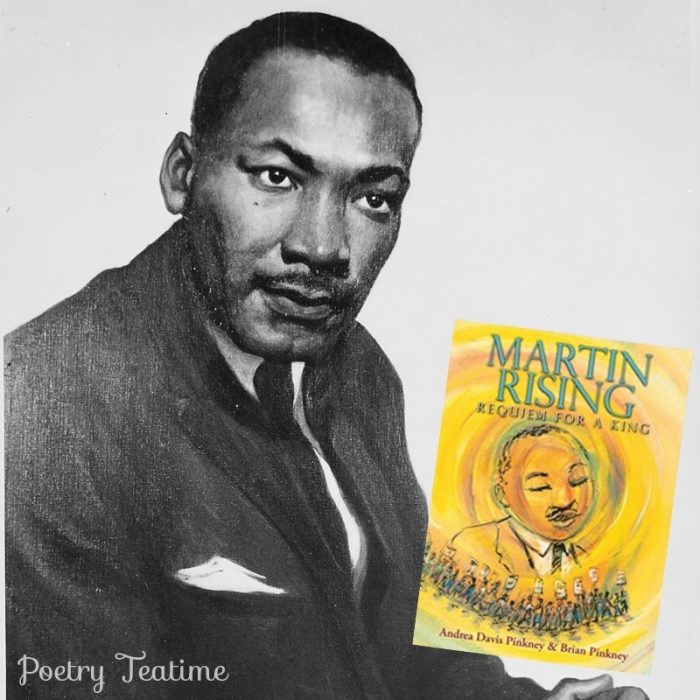 February is Black History Month in the United States, celebrating the achievements of African Americans and remembering the ongoing history of racial tension in the US. Today, we would like to celebrate Martin Luther King, Jr., and his achievements for Civil Rights in the US as well as highlighting a wonderful poetry book about Dr. King that is worth adding to your bookshelves.

Dr. Martin Luther King, Jr. was one of the leaders of the American Civil Rights movement in the 1960s whose nonviolent marches, speeches, and protests helped to change the course of US history. Today, we celebrate Dr. King and his legacy on January 21st, a national holiday.

Here are some important things to know about Martin Luther King.

Dr. King's messages are powerful and gripping, and remain some of the most eloquent speeches composed in history. We would encourage you not only to read the speeches but also to watch the videos and let that history come to life and provoke discussions in your family.

Here are some of Dr. King's key speeches and letters:

Martin Rising: Requiem for a King

In addition to reading, watching, and celebrating Martin Luther King, Jr. and his work, we would like to highlight an excellent poetry book about Dr. King that is well worth adding to your family bookshelves.

Martin Rising: Requiem for a King, written by Andrea Davis Pinkney and illustrated by David Pinkney, is a beautifully written and stunningly illustrated poetry book that depicts the last year of Dr. King's life. It is a powerful and emotional work meant to introduce Dr. King to the whole family.

In the book, Pinkney weaves Dr. King's words and the historical events of 1968 with poetic arrangements that make you think deeply about the quotes you have probably heard many times before. You'll be able to learn the facts about Dr. King's last year of life alongside illustrations that make the book gripping to kids and adults alike.

Preview a few of the poems and drawings in this extensive collection here from Scholastic and see if the book would be a good fit for your family.

Also, make sure you check out our previous highlights on Langston Hughes and Maya Angelou. Take some time to celebrate the achievements of African-American poets, writers, and activists this month and throughout the year!