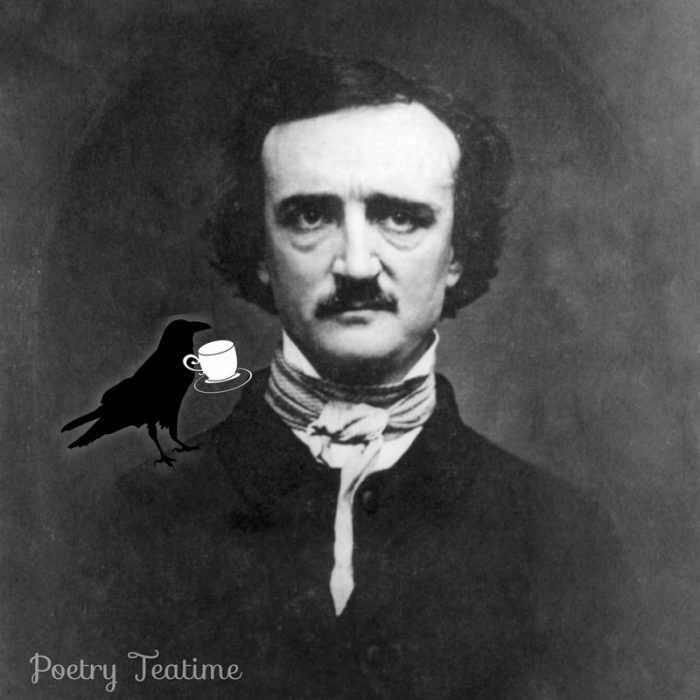 In the season of spookiness, who better to celebrate than Edgar Allan Poe and his immortal raven! If you’ve ever read a spooky story, chances are it was in some way influenced by Poe. Poe is credited with inventing detective fiction and inspiring both early science fiction and horror. So get ready for cries of “nevermore!” in today’s teatime celebrating Poe!

Let’s start off with some fun facts about Poe:

What teatime would be complete without a few lines from “The Raven”? Let’s take a look now at the first stanza. Be sure to look up the full poem during your teatime!

From “The Raven”
By Edgar Allan Poe

Once upon a midnight dreary, while I pondered, weak and weary,
Over many a quaint and curious volume of forgotten lore—
While I nodded, nearly napping, suddenly there came a tapping,
As of some one gently rapping, rapping at my chamber door.
“’Tis some visitor,” I muttered, “tapping at my chamber door—
Only this and nothing more.”