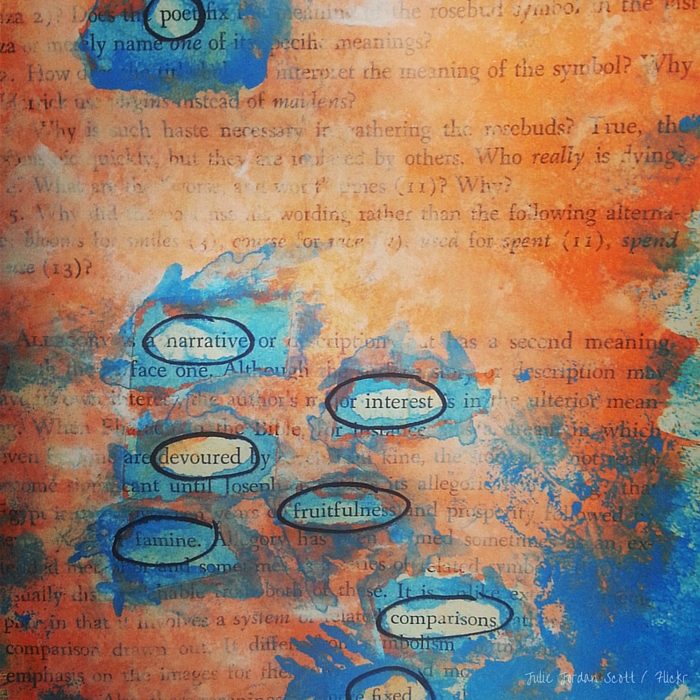 Imagine walking down the sidewalk and picking up a scrap of an old newspaper, when—lo and behold—the text rearranges itself to poetry in front of your eyes! “Found poetry” is just as magical, although not always so obvious.

Poetry can be found in text anywhere, whether it’s in newspapers, magazine articles, or even ads on TV. The secret to “found poetry” lies in uncovering the poems hidden within ordinary text. When you take words that someone else has written and arrange or collage them to create new meaning, then you’ve composed a “found poem.”

There are all sorts of methods for creating found poetry, as described on the Found Poetry Review website. Here are two you might try:

One of the most popular is the “blackout” method, where the poet takes text like a newspaper article and erases, paints over, or blacks out most of the text. The remaining words then become the poem.

The image above (by Julie Jordan Scott / Flickr) shows how creative and colorful "blackout" poems can be!

Another method is the “cut-up” method, where the poet cuts out words from many sources and arranges them into a new poem. Here's an example by Melissa at Imagination Soup (used with permission). 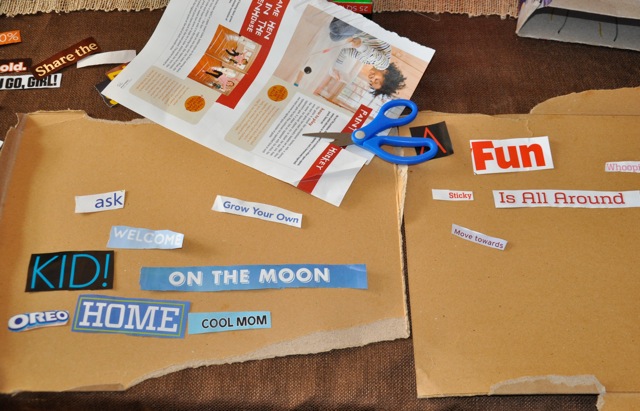 Here are the supplies you’ll need

Hand out the newspapers so that everyone has some text in front of them. Then, it’s up to each person to decide if they want to cut or scribble or otherwise arrange what they have to form new poems. And the best part? If anyone is stuck, give them a new magazine page and they can get to work! 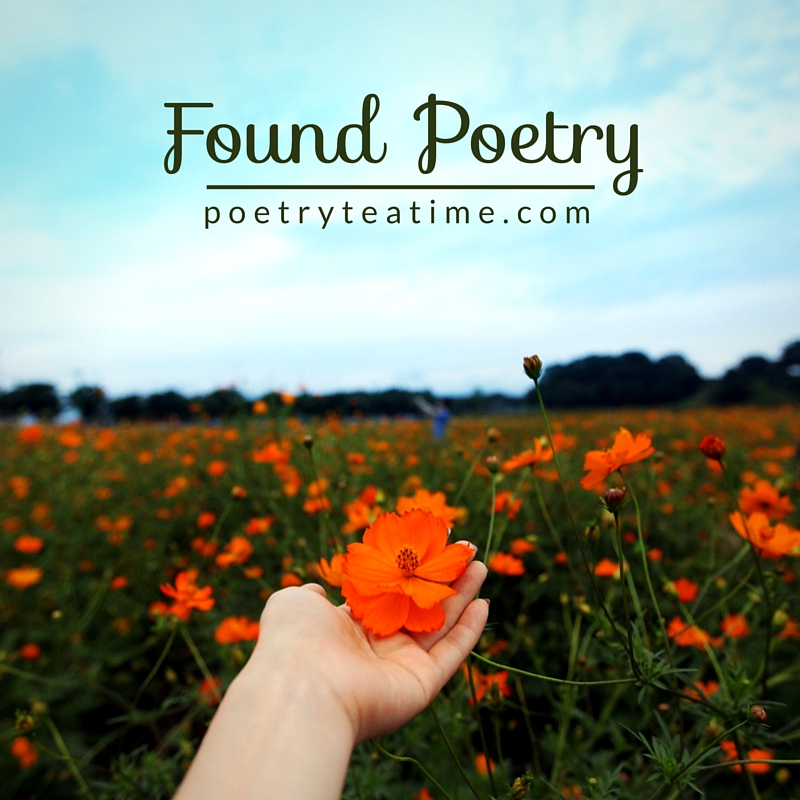