Dr. Seuss, whose real name was Theodor Seuss Geisel, was born on March 2, 1904. Dr. Seuss liked using pen names—in fact, he published one book under the name Rosetta Stone! He also used the name Theo LeSieg. He pronounced his pen name “Seuss” rhyming with “voice” (or “soice”), but eventually decided to go with the popular pronunciation “soose” to rhyme with “Mother Goose.”

In addition to writing and illustrating over 60 books, Dr. Seuss attended Oxford and worked as an animator for the US Army during WWII. He won an Academy Award for one of the animated films he produced during the war. Dr. Seuss pioneered a lighthearted, rhyming, story-centered style of poetry that became hugely popular. In fact, Dr. Seuss was so successful at getting kids to read that his birthday, March 2, is now the National Read Across America Day.

From “Oh, the Places You’ll Go” by Dr. Seuss

You have brains in your head.
You have feet in your shoes.
You can steer yourself
any direction you choose.
You're on your own. And you know what you know.
And YOU are the guy who'll decide where to go.

Check out these poetry collections

Oh, the Places You’ll Go!
The Sneeches and Other Stories

Raise a teacup to Dr. Seuss today and enjoy his work for Poetry Teatime! 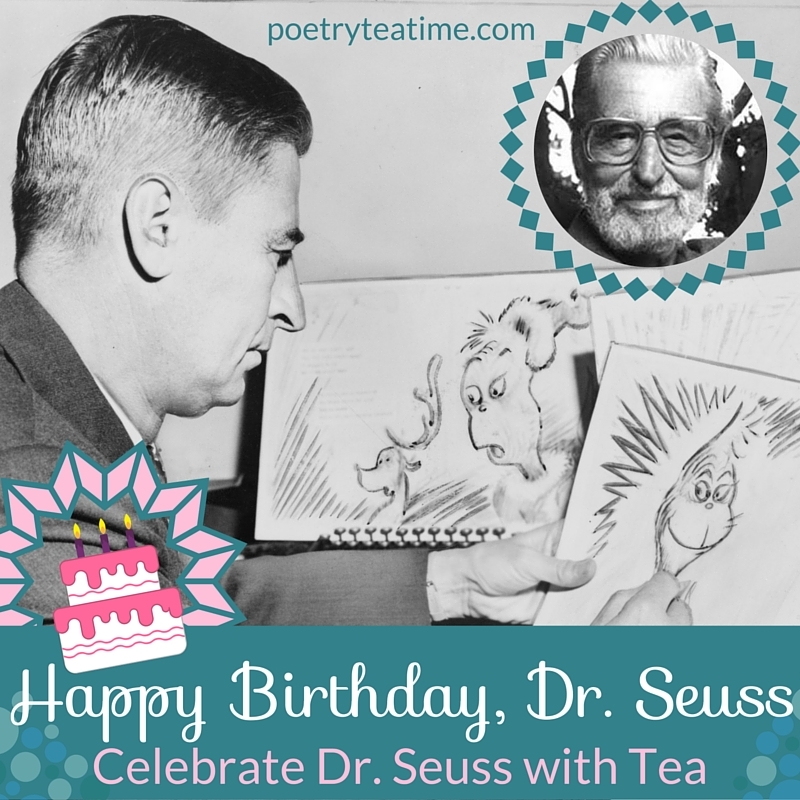