The month of February is Black History Month in the US, a celebration of the achievements of people of African-American heritage and a remembrance of significant moments in the history of racial tension. If your kids don’t know about the Civil Rights Movement or Jim Crow laws, reading some of Langston Hughes’ poetry is a great way to get the conversation started.

Langston Hughes was born February 1, 1902, so this month marks his 114th birthday. He was a leader of the Harlem Renaissance, a movement of African-American writers, poets, and musicians that flourished in New York City in the 1920s.

Hughes’ poetry is closely connected to jazz music. In fact, he founded the style of poetry called “jazz poetry,” in which the rhythm of the poem when spoken aloud mirrors the sounds that jazz music make.

Hughes is also celebrated for his portrayal of the nuances of life as an African-American in the 1920s. He seemed to speak for a whole generation, using a simple style and syncopated rhythms. His message of celebrating black art no matter what critical recognition it received from the wider critical world was a powerful message to many young black artists at the time.

Although Hughes is best known for his poetry, he was also a prolific playwright and wrote two novels and six nonfiction books.

The following is one of Hughes’ most famous poems, titled “Harlem.”

What happens to a dream deferred?

Or does it explode?

Here’s a more lighthearted Langston Hughes poem shared by one of our families:

If I had some small change
I’d buy me a mule,
Get on that mule and
Ride like a fool.

If I had some greenbacks
I’d buy me a Packard,
Fill it up with gas and
Drive that baby backward.

If I had a million
I’d get me a plane
And everybody in America’d
Think I was insane.

And, lastly, if you’re looking to dig into civil rights issues with your kids, Hughes’ poem “Merry-Go-Round” is an excellent starting point.

Where is the Jim Crow section
On this merry-go-round,
Mister, cause I want to ride?
Down South where I come from
White and colored
Can’t sit side by side.
Down South on the train
There’s a Jim Crow car.
On the bus we’re put in the back—
But there ain’t no back
To a merry-go-round!
Where’s the horse
For a kid that’s black?

We also highly recommend the series Poetry for Young People and the volume of Langston Hughes’ poetry (affiliate link). 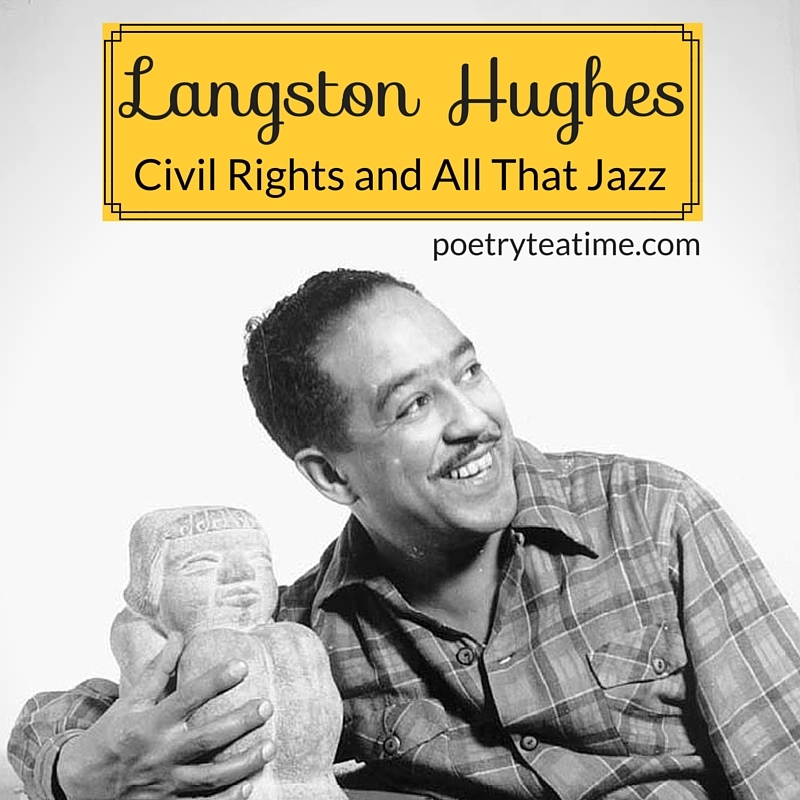