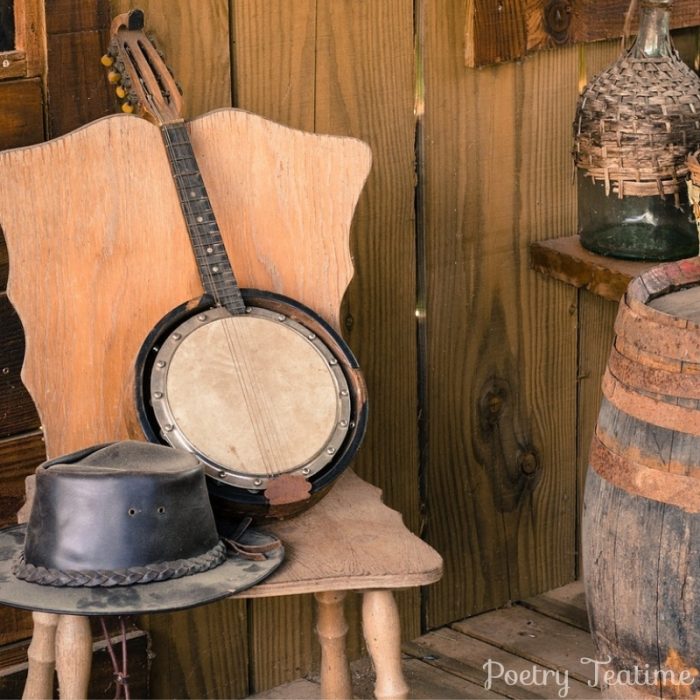 What’s a ballad? The word might make you think of sad songs about leaving your true love with only a suitcase and your guitar, but ballads are actually some of the oldest forms of poetry and trace back to the Middle Ages. So get ready for some songs and tales as we learn about ballads!

A ballad is a type of formal poetry that was originally recited or sung by minstrels in courts across Europe during the Middle Ages and passed down for centuries before being written down. Minstrels (also called bards) would memorize a vast number of songs, which they would retell and adapt to suit different occasions and audiences.

Because ballads have been sung by so many different people in different places, they vary widely in their form and style. For example…

While ballads can be about any subject, they always tell a story, especially about a famous person or a love story. They are also often sad, although they can be heroic, tragic, or comic as well.

Ballads today are usually arranged in stanzas of four lines each, with a rhyme scheme of either ABAB or ABCB and an iambic rhythm (da-DA, da-DA).

Ballads often include a repeated stanza, called a refrain, after every verse, similar to a chorus in a song. This refrain is often the main idea of the ballad or the most important part of the story, so it’s a good idea to pay close attention to it!

During today’s teatime, while you read a few ballads, why not try to write your own?

Check out these ballads in both poetry and song for some real-life inspiration. You can find even more ballads in collections of these poets' work, some of which are recommended below.