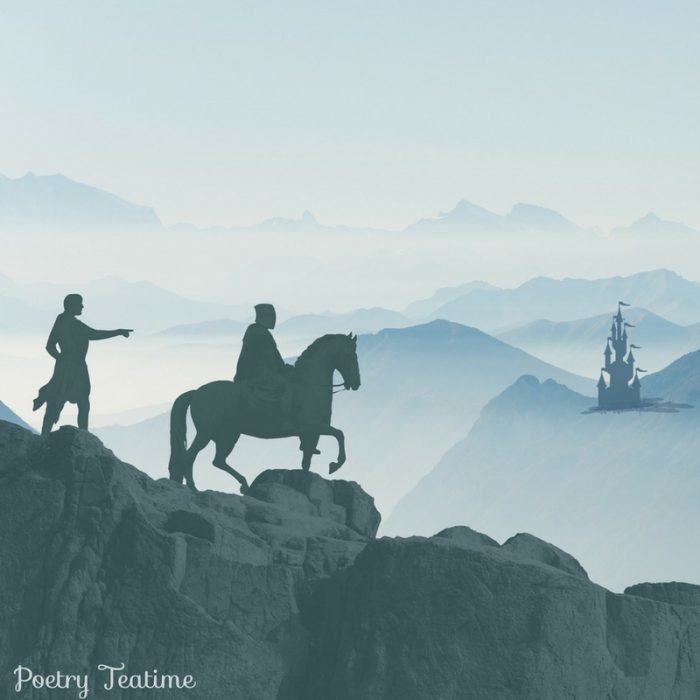 Imagine a type of poetry found in ancient cultures all over the world, detailing the most exciting heroic struggles and achievements imaginable. Epic poems do just that! Epics can be found in cultures as far apart as Kenya, India, and Finland. So get your myth-reading voices ready, because you’re about to be swept into a dangerous journey full of daring heroes, perilous quests, and the hope of victory!

What is an epic? Epic poems are long stories written or recited in verse. They tell of the journey of a hero or group of heroes struggling against all odds to achieve a goal. The hero usually encounters gods, monsters, and mythical beings that help or hinder their quest, and often has the fate of the world at stake in their mission.

Epic poems originated in ancient cultures around the world. We are probably most familiar with epics like Homer’s Iliad and Odyssey, Virgil’s Aeneid, and the Old English poem Beowulf. Here are some other epics from around the world:

Without further ado, let’s dive into some actual epics! Homer’s Odyssey tells of the struggles of the wise warrior Odysseus as he journey home from the Battle of Troy. Take a look at the opening lines, which feature the “invocation” or call to a muse for inspiration. Yes, even authors of famous epics needed to ask for inspiration sometimes!

From The Odyssey, Book I
By Homer, translated by Stanley Lombardo

SPEAK, MEMORY—
Of the cunning hero,
The wanderer, blown off course time and again
After he plundered Troy’s sacred heights.

Speak
Of all the cities he saw, the minds he grasped,
The suffering deep in his heart at sea
As he struggled to survive and bring his men home….

Epic poems capture the audience’s imaginations with their vivid characters and exciting adventures. Epics also provide excellent inspiration for writing poetry! Let’s take a look at Alfred, Lord Tennyson’s interpretation of the myth of Odysseus in his poem “Ulysses” (the Latin spelling of Odysseus). Tennyson imagines what it would be like for Odysseus to return from his epic journey and to try to settle back into normal life.

From “Ulysses”
By Alfred, Lord Tennyson

It little profits that an idle king,
By this still hearth, among these barren crags,
Match'd with an aged wife, I mete and dole
Unequal laws unto a savage race,
That hoard, and sleep, and feed, and know not me.
I cannot rest from travel….

Tennyson’s Ulysses sure has it rough! You can read the whole poem here on Poetry Foundation. Now that we’ve had a chance to explore some epics, it’s time to study epics in more depth with the following games and activities!

When reading epic poetry, try to find a translation in verse so you can experience some of the beautiful rhythms of the original poems. The list below has both complete translations best for studying with older teens and some retellings aimed at younger kids.