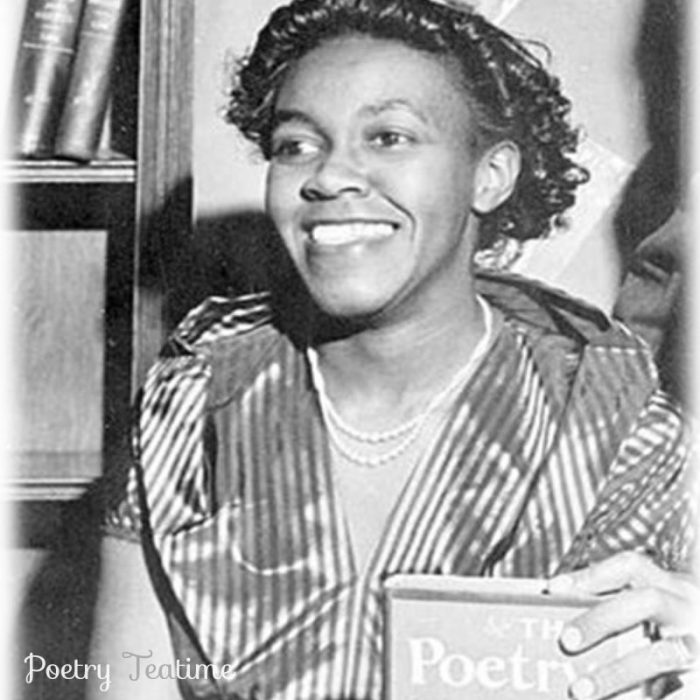 Gwendolyn Brooks was one of the most influential poets and activists of the 20th century. She was the first African American to receive the Pulitzer Prize for poetry. Brooks wrote about the Civil Rights movement and the problems black people faced, especially in inner cities like her hometown, Chicago. Let’s celebrate Brooks by learning more about her work!

Gwendolyn Brooks (1917–2000) wrote over twenty books of poetry during her career. She was the first black woman to be named US Poet Laureate (then known as poetry consultant to the Library of Congress).

Now let’s take a look at some of Brooks’s fascinating poetry. Read these poems aloud, then discuss them using the questions below!

“Corners on the Curving Sky”

Our earth is round, and, among other things
That means that you and I can hold
completely different
Points of view and both be right.
The difference of our positions will show
Stars in your window I cannot even imagine.
Your sky may burn with light,
While mine, at the same moment,
Spreads beautiful to darkness.
Still, we must choose how we separately corner
The circling universe of our experience
Once chosen, our cornering will determine
The message of any star and darkness we
encounter.

The Pool Players.
Seven at the Golden Shovel.

We real cool. We
Left school. We
Lurk late. We
Strike straight. We
Sing sin. We
Thin gin. We
Jazz June. We
Die soon.

“We Real Cool” is one of Brooks’s most famous poems. In it, she talks about the rebellious young people who play pool at the Golden Shovel. She takes on the voices of these teens. While most of the poem seems like a celebration of freedom, the final words warn of the dangers that youth face. Being “cool,” she suggests, won’t last forever.

Even though the poem is so short, Brooks packs it with powerful images and emotions. With your teens and older kids, discuss:

It’s important to read the work of poets like Gwendolyn Brooks, who use their poetry to comment on social issues and try to create change in the world.

Don’t forget to find more books and poems to read with our suggestions below, and enjoy celebrating Gwendolyn Brooks with your teatime today!

Other Books & Poems to Read

During your teatime, be sure to read and enjoy more of Brooks’ poetry!

Bronzeville Boys and Girls, by Gwendolyn Brooks (a picture book illustrating Brooks's poem about the lives of black children in an urban neighborhood)

We Are Shining, by Gwendolyn Brooks (a picture book and poem celebrating everyone’s uniqueness)

A Song for Gwendolyn Brooks, by Alice Faye Duncan (a biography in poetry about Brooks’s childhood)

Exquisite: The Poetry and Life of Gwendolyn Brooks, by Suzanne Slade (another poetic biography, with selections from Brooks’s poems)

Take a look at these other poems, too: