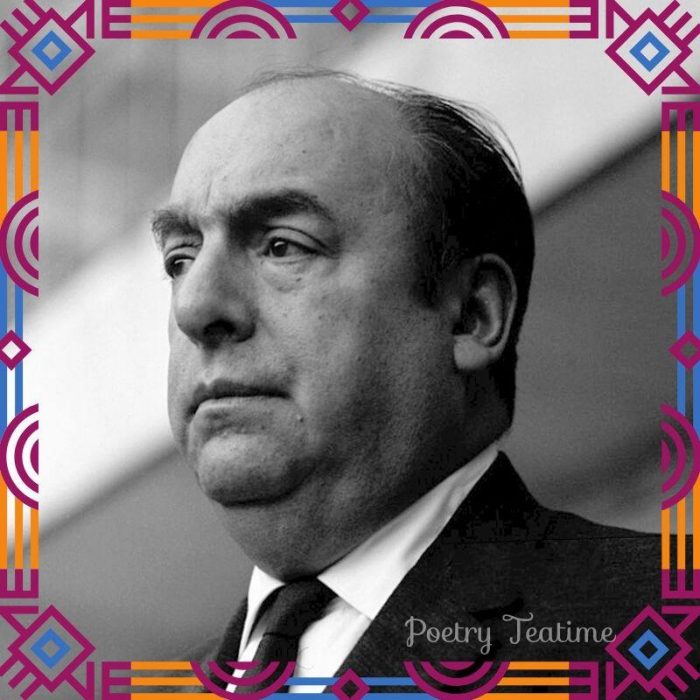 It’s September, which means we’re celebrating Hispanic Heritage Month in the United States. This month, we recognize the wonderful achievements of Latin Americans. Today, we’d like to focus on the poetry of Chilean writer Pablo Neruda.

Pablo Neruda was born in 1904 in Chile with the name Ricardo Eliécer Neftalí Reyes Basoalto. He wrote in many styles, from love poetry and political poems to an autobiography. He is considered one of the greatest poets of the 20th century and won the Nobel Prize for Literature in 1971.

Let’s begin by discussing a couple of Neruda’s poems. We’ve provided a few lines of each poem below along with questions and activities to guide your conversation. So let’s dig in!

I don’t love you as if you were a rose of salt, topaz,
or arrow of carnations that propagate fire:
I love you as one loves certain obscure things,
secretly, between the shadow and the soul...

Pablo Neruda’s love sonnets are some of his most beautiful poems, full of vivid details and thought-provoking descriptions. What surprises you about how he imagines love? Have you ever loved something quietly, not with a shout to the world but in the silence of your heart?

“‘Tis the Morrow Full of Storm’”

...The wandering hands of the wind shake the clouds
Like white handkerchiefs waved in farewell…

In this poem, Neruda describes the wind using many different images and metaphors. What is your favorite image? Think of another metaphor you about the wind that you would add to his poem.

Ode to My Socks

...my feet were
two fish made
of wool,
two long sharks
sea-blue…

This poem is about a pair of socks Neruda received. What’s your favorite gift that you ever received? What made it so special? Next, think about the form of an ode. Why do you think Neruda titled the poem “an ode” to his socks?

Right, Comrade, It’s the Hour of the Garden

Right, comrade, it’s the hour of the garden
and the hour up in arms, each day
follows from flower or blood...

With your older kids, talk about Neruda’s political activity. He lived at a time when facist regimes (very nationalistic governments led by dictators who suppress all opposition) were taking over Spain and his own home in Chile. As a Communist, Neruda opposed dictatorships and wanted power to be shared among the people.

In this powerful poem, Neruda calls his comrades both to fight and to tend the garden. Why do you think he sees gardens as important even in wartime? Why should people both water their gardens and go to war?

To discover more about Neruda’s life and childhood, take a look at some of the biographies and picture books below.

To Go Singing Through the World: The Childhood of Pablo Neruda, by Deborah Kogan Ray

From Amazon: Blending her telling of Neruda's childhood with excerpts from his own poetry and prose, Ray captures the people and places that inspired him in her rich watercolor illustrations.

The Dreamer, by Pam Muñoz Ryan

From Amazon: Combining elements of magical realism with biography, poetry, literary fiction, and transporting illustrations, Pam Muñoz Ryan and Peter Sís take readers on a rare journey of the heart and imagination as they explore the inspiring early life of the poet who became Pablo Neruda.

Pablo Neruda: Poet of the People, by Monica Brown

From Booklist: In this lyrical introduction to poet Pablo Neruda [...], Brown’s succinct lines read like a poem themselves, and they emphasize the infinite places writers find inspiration, from seashores to coal mines to the faces of people they love.

Ode to an Onion: Pablo Neruda and his Muse, by Alexandria Giardino

From Amazon: The story is less a biography of Neruda and his muse, Matilde Urrutia (1912–1985), and more a simple ode to a vegetable that is humble and luminous, dark and light, gloomy and glad, full of grief and full of joy—just like life.