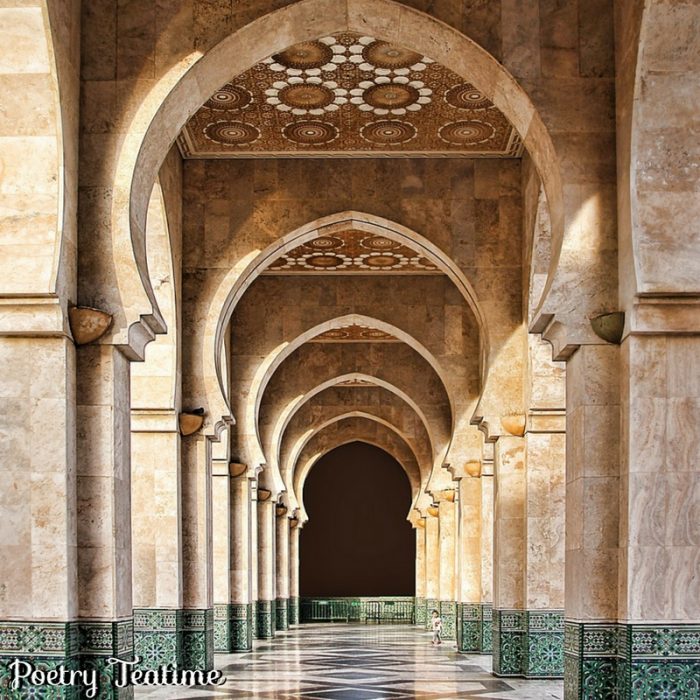 Did you know that, in Morocco, tea is an all-day drink? People drink it with breakfast, serve it to guests, and even sip some before bed! In today’s post, we’ll be learning about the intricate art of preparing and serving Moroccan tea, as well as a few other tidbits to help you enjoy your own Moroccan teatime!

Serving tea is a tradition in Morocco that has been traced back as early as Phoenician traders and Berber settlers in 1000–500s B.C.E. It has also been linked to trade between Spain and northern Africa in the 18th Century C.E., and to connections between the U.K. and Morocco in the 1700s. Although historians debate which source was the most influential, it’s likely that Morocco has enjoyed tea in some form for thousands of years.

Although Morocco received tea through trading routes, it quickly developed its own rituals for tea preparation and serving tea. In a more ceremonial setting, tea is traditionally prepared by the male head of the household and served to guests. It is made by taking green tea (usually a Chinese variety) and brewing it with mint leaves and sugar, then pouring it from a teapot held high enough to produce a foam when it is poured. The tea is served in small glasses, often with intricate designs.

Depending on the location, the tea may be poured into cups and then poured back into the teapot before being re-brewed for a less bitter, lighter and sweeter flavor. Tea is drunk slowly and usually people enjoy multiple glasses or even multiple pots of tea during a teatime.

Enjoy Your Own Moroccan Teatime

You can make your own Moroccan mint tea and serve it with other Moroccan treats for a multicultural teatime experience! Here are some ideas for including Moroccan traditions in your next teatime.

If you don’t have the budget to travel to Morocco this year, bring the Moroccan teatime traditions into your own home by learning about and trying Moroccan tea for yourself! And be sure to share your experiences with us here!