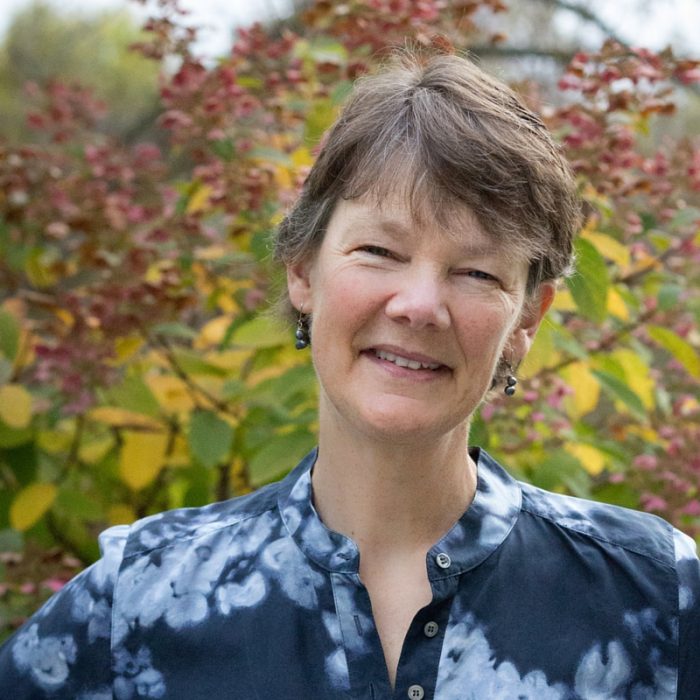 Today we have a very special guest on the blog, poet Joyce Sidman. Ms. Sidman is an award-winning poet who won the Newbery Honor for her book of poetry, Dark Emperor and Other Poems of the Night, and who was recognized with the NCTE Award for Excellence in Children’s Poetry for her lifetime achievements as a children’s poet.

Welcome, Joyce! You’ve said that, for you, writing was a compulsion that began as a child. What would you say to encourage those kids who feel the same drive?

I would urge young writers to try all different kinds of writing. Create storybooks & newsletters. Write letters and poems as gifts. Read what you love and trying writing in the same style. I remember in grade school a couple friends and I created a "graphic novel" (we called it a cartoon) based on magical versions of ourselves. We had so much fun with it!

Many of your books celebrate the beauties of nature, especially little-known parts of nature. What’s one of the most surprising facts you’ve come across while researching your poetry?

Oh, so many fascinating facts:

I am constantly amazed by what I find out!

You studied German in college. How has studying a foreign language influenced your writing?

I don't think I ever truly understood the nuts and bolts of English until I studied a foreign language. English grammar always came naturally to me; I just knew what sounded right. But when you have to parse out a sentence in a language you don't know, you are forced to learn about the building blocks that underlie all languages.

Also, when you love words, learning another language feels a little like opening a treasure chest, full of new nuggets of sound and meaning. It expands your mind and your understanding of the world, makes you feel enriched.

In your collection Butterfly Eyes, the poems are also riddles. You’ve mentioned before that you love the mystery of poetry. How is poetry like a mystery to write and to read?

Hmmm . . . good question, but tough to answer. Poetry (and other kinds of writing as well) is a process of discovery. Something fascinates you, intrigues you, moves you. You want to describe it in words to understand it better. So you start asking yourself: what is it that moves me here? How can I capture it? What can I compare it to? You dig things out and juggle them, trying to sort out the central meaning. You uncover connections you didn't know existed. Sometimes it feels like discovering another clue to the secret of life.

Some of your poems are what you’ve called “mask” poems, where you write in a different voice as if you were an object or an animal. How do you create these masks?

I loved acting when I was younger, and mask poems are like acting. First, you have to do your homework. If you want to write from a toad's point of view, you have to know a lot about toads--where they live, what they eat, how they breathe. What makes them happy, what scares them. Then, when you engage your imagination, you can pretend to be a toad. Kids do this very easily. Perhaps part of me has never grown up!

Can you tell us anything about upcoming projects you’re working on?

I have a couple of books in the process of being published. Before Morning will come out this fall. It's a book about wishing for a snow day, exquisitely illustrated by Beth Krommes, who has done several of my other books. Round!, illustrated by Taeeun Yoo and coming out in Spring 2017, is an exploration of round things in nature. I am also in the process of writing a longer nonfiction project, which is uncharted territory for me. And there is always the stray poem here and there.

Thank you so much for joining us, Joyce! It’s been a delight to hear about your adventures out in nature and your words of wisdom!

Joyce Sidman blogs about cool things she finds in nature at Out & About. To find out more, check out her website and some of her beautiful books: 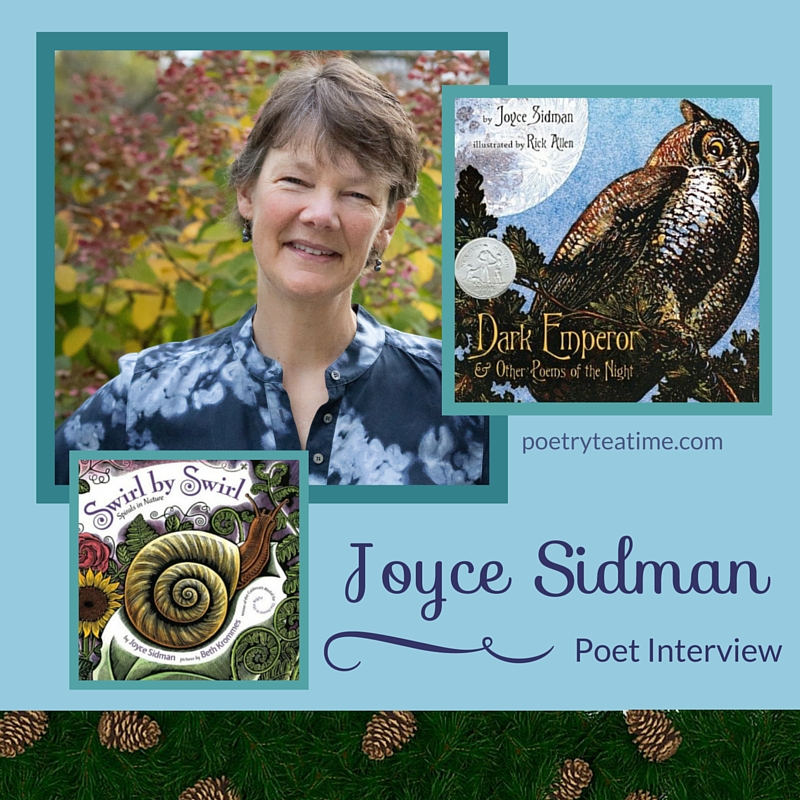