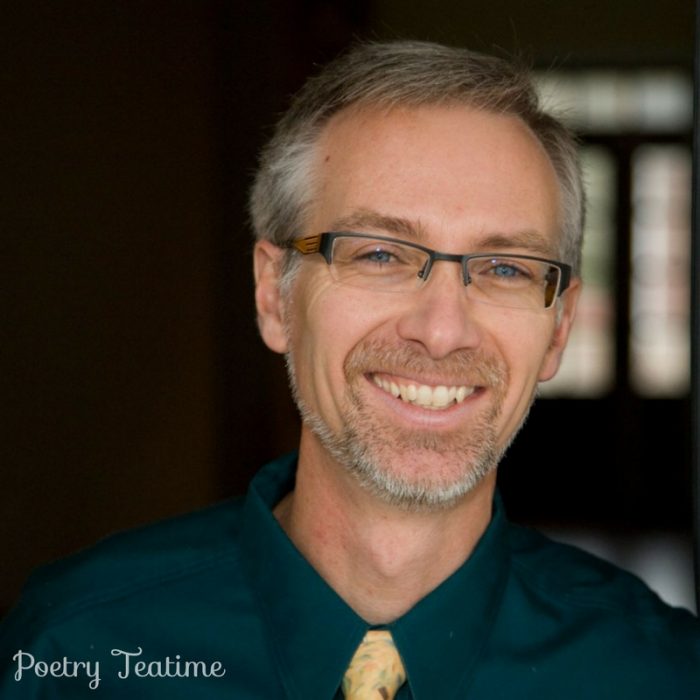 Today we are delighted to welcome the wonderful and hilarious Bob Raczka to the blog. Bob is a prolific writer and artist whose work always pushes the boundaries of the experimental and visually intriguing.

Some of Bog's most recent books include Lemonade: and Other Poems Squeezed from a Single Word, Guyku: A Year of Haiku for Boys, and Wet Cement: A Mix of Concrete Poems.

Welcome to the blog, Bob! To get started, one of my favorite things about reading your poetry is figuring out the unusual and unique forms you’re using. Where do you find these forms?

I discovered the "Lemonade" poem (for lack of a better term) on a website about minimalist poetry. The poems on the site were for adults, but I thought it would be a great form for children's poetry. Concrete poetry (Wet Cement) has been around forever, but I took it to the next level by making the titles visually descriptive as well. I invented a new form called the "poetry square", but so far I've found no takers from the children's publishing world.

What’s been one of your favorites and what’s the most challenging form you’ve worked with?

Every form is challenging, if you want the final poems to be good. And every form is fun in its own way. I like to write to a form because it gives me a way to measure each poem's success. There are rules to follow, and once I am comfortable following those rules, I can start to bend them a little.

You book Presidential Misadventures: Poems That Poke Fun at the Man in Charge contains a lot of weird facts about the presidents. What is the weirdest or most surprising thing you've learned while researching for a book?

I don't know if I can give you just one fact, but in my research for one of my art books, The Vermeer Interviews, I discovered just how little is known about the artist Jan Vermeer. But historians are convinced he used an early form of the camera called the "camera obscura" to paint his paintings. This was in the early 1600's.

Boys are often reluctant readers, especially of poetry. What would you say to your young male readers? Do you think there is a "trick" to getting boys to read?

I am no expert, but I myself was not a great reader when I was a boy. I do remember enjoying comic books, books about how to draw, and Alfred Hitchcock Mysteries. The only "trick" is finding something you're interested in. To this day, I don't like when other people recommend books to me. I like to find my own books. When I find something I like, on my own, it's that much more satisfying than if someone tells me to read it.

Your book Wet Cement experiments with all sorts of wild and crazy forms. What came first, the words for the poem or the concrete form that goes with it? Or did both come together?

You’ve mentioned that, as a kid, you used to build wooden model airplanes and flutes and other cool toys. How do you think practical building projects or your background in art inspired your poetry, especially your concrete poems?

That's a really good question. All I can say is that I've always derived pride and satisfaction from building, drawing or writing something successfully. If I built a model airplane and it flew, I was excited. If I made a flute and it made sound, I was excited. And today, if I write a poem and it makes people smile or laugh, that excites me.

You've said you're sort of a minimalist when it comes to poetry. Now that you've written a book with one-word concrete poems, what's next? Any experiments with one-letter poems?

That might be too minimal. I'm currently playing with an old but relatively rare form called the cento, which is sort of a collage poem made from lines written by other poets.

Thanks for joining us, Bob, and sharing all of the exciting developments in your poetry!

Be sure to check out Bob’s website and blog. Also, here are some of his books for you to enjoy at your next Poetry Teatime!

Guyku: A Year of Haikus for Boys

Lemonade: And Other Poems Squeezed from a Single Word

More Than Meets the Eye: Seeing Art with All Five Senses

Presidential Misadventures: Poems That Poke Fun at the Man in Charge

The Vermeer Interviews: Conversations with Seven Works of Art