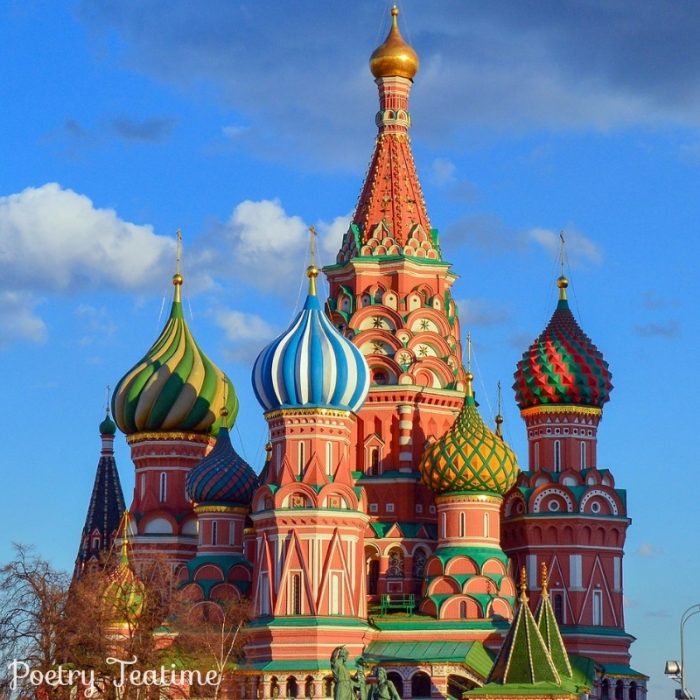 Did you know that tea is considered the unofficial national drink of Russia? While movies and TV shows usually show Russians drinking bottles of vodka, tea is actually drunk more often all over the country both as a social custom and to combat cold and darkness of the long winter months.

Tea has been a popular drink in Russia since the days when horse and wagon caravans would take tea from China and Mongolia to Russia. Because of the dangers of caravan travel, tea was too expensive for anyone but royalty to drink. However, with the rise of railroads and packaged tea concentrate in the 19th and early 20th centuries, tea became more affordable and its popularity spread until it reached almost every household in Russia.

Tea is prepared in a distinctive way in Russia. First, zavarka (a strong tea concentrate) is mixed with boiling water in a small teapot. The teapot is then placed on top of a samovar, a metal heating device that keeps water hot all day (see the pictures below). Each person pours themselves a little tea concentrate from the small teapot and adds hot water from the samovar until their tea is as strong as they want it to be. They can also add honey, sugar, or jam to sweeten the tea.

Each family has their own samovar, often several generations old and decorated with elaborate designs in different types of metal. While the samovar doesn’t have to have a smaller teapot on top, most do to help serve tea more easily. Many families also have matching cups called podstakannik that are decorated with designs in metal and glass. The samovar originated in Russia but can be found today in areas as far apart as Vietnam, Iran, and Turkey.

No Russian tea is complete without some treats on the side. Typical snacks eaten with tea include sliced meat, cheese, and sushki, a ring-shaped hard cookie that’s dipped in tea before eating. Having tea in a Russian home can last several hours, with lots of time for conversations as well as eating and drinking.

There is a version of tea popular in the US, especially in the South, called “Russian Tea.” This type of tea usually combines instant tea powder with orange juice and spices. While it’s been popular in the US for over a century, it actually has no connection to Russia!

Why not try making some real Russian tea at your next teatime?

Inside the Rainbow: Russian Children's Literature 1920-1935, selected by Julian Rothenstein and Olga Budashevskaya

Russian Songs & Rhymes in English and Russian, from MamaLisa.com