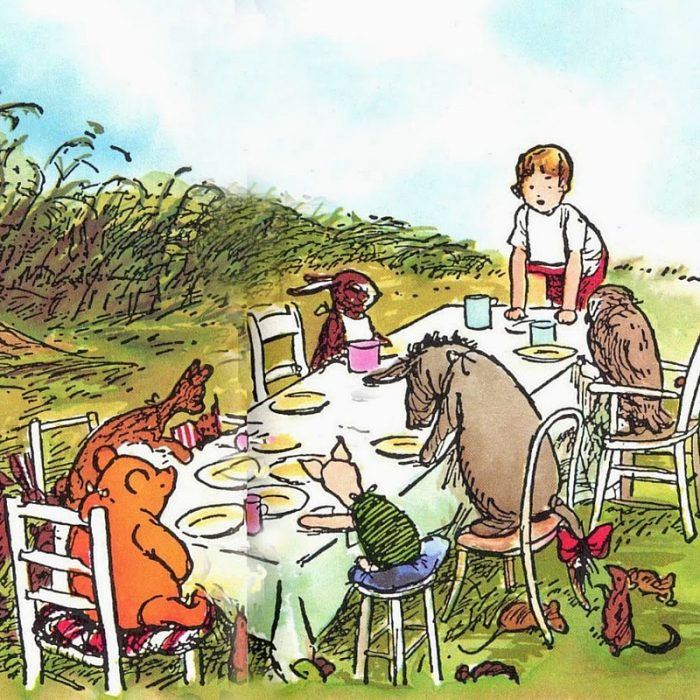 Today’s teatime theme is about the “silly old bear” that everyone knows and loves—that’s right, it’s Winnie-the-Pooh!

The story of Winnie-the-Pooh comes from British author A. A. Milne, who was inspired by his son Christopher Robin’s fascination with a bear named Winnipeg at the London Zoo. In fact, most of the characters in the stories were based on stuffed animals that Christopher Robin owned. These stuffed animals are now on display at the New York Public Library.

A. A. Milne was a soldier in WWI and a playwright, but he’s best known for his humorous and easy-to-read poetry and stories about Winnie-the-Pooh. The Winnie-the-Pooh books aren’t just for children, though. The Latin translation of the Pooh books is the only book in a "dead" language to feature on the New York Times bestseller list. There have also been multiple scholarly books published using Winnie-the-Pooh to explain complex philosophy.

Here’s an example of how clever and delightful A. A. Milne’s poetry can be.

When I was One,
I had just begun.

When I was Two,
I was nearly new.

When I was Three,
I was hardly me.

When I was Four,
I was not much more.

When I was Five,
I was just alive.

But now I am six,
I'm as clever as clever

So I think I'll be six now
Forever and ever.

Also, be sure to check out this lovely A.A. Milne inspired poetry tea sent to us by one of our moms! 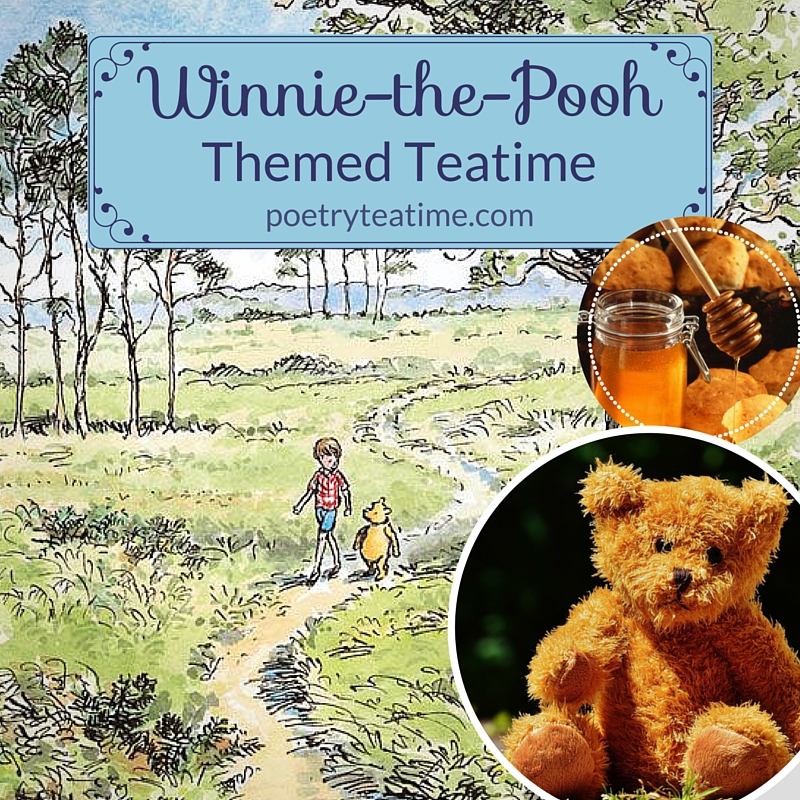