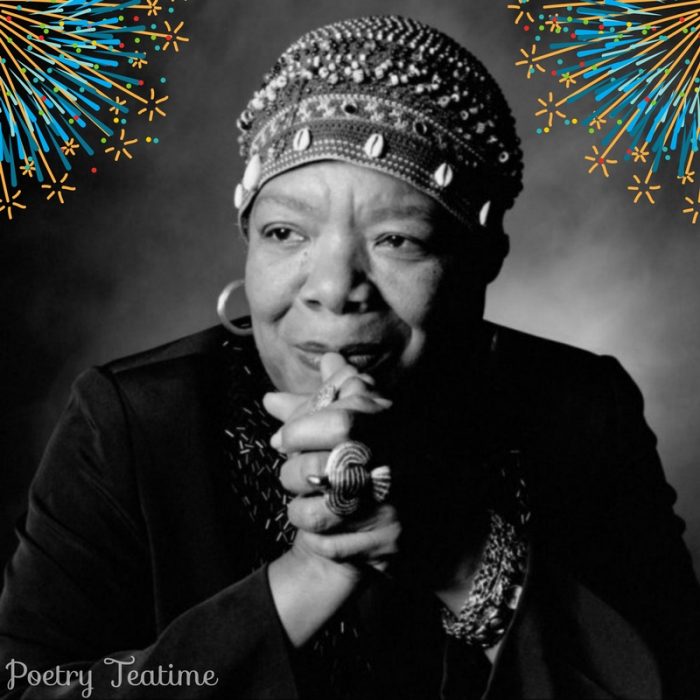 It’s February, which means we’re celebrating Black History Month. This month, we recognize the wonderful achievements of African Americans and remember our country’s history of racial tension. Today, we’d like to focus on the brilliant and multi-talented poet and writer, Maya Angelou.

Maya Angelou (1928–2014) was one of the most prolific writers, activists, and cultural contributors in the US. She was deeply involved in the Civil Rights Movement of the 1960s. She is especially known for her autobiographical book I Know Why the Caged Bird Sings and for her books of poetry, for which she was nominated for a Pulitzer Prize. She traveled and worked all over the world.

To start us off today, here is an excerpt from one of Angelou’s most famous poems, “Caged Bird.”

The caged bird sings
with a fearful trill
of things unknown
but longed for still
and his tune is heard
on the distant hill
for the caged bird
sings of freedom.

Maya Angelou was the second poet to read their work at a US presidential inauguration, following Robert Frost at John F. Kennedy’s inauguration. Here is part of the poem she read at Bill Clinton’s 1993 inauguration.

From “On the Pulse of Morning”

The horizon leans forward,
Offering you space to place new steps of change.
Here, on the pulse of this fine day
You may have the courage
To look up and out upon me, the
Rock, the River, the Tree, your country.
[...]

Here on the pulse of this new day
You may have the grace to look up and out
And into your sister's eyes, into
Your brother's face, your country
And say simply
Very simply
With hope—
Good morning.

Take some time during your teatime today to learn more about Maya Angelou and the Civil Rights Movement, and celebrate Angelou’s poetry with the books below. If you’re feeling crafty, you can also pair this art activity from The Teacher with a Ponytail with Angelou’s poem “Caged Bird.”

Books and Poems to Read

Out of Wonder: Poems Celebrating Poets, edited by Kwame Alexander