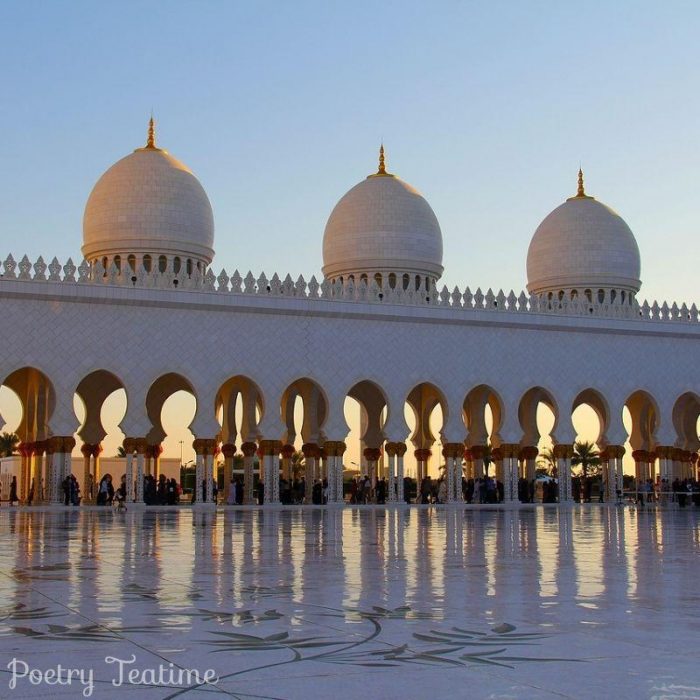 At a time when poetry in Europe was in its earliest stages, the Middle East already had a robust tradition of poetry. Today, we’ll be taking a look at the breadth of Middle Eastern poetry, from the ghazal to the qasida, in areas from modern-day Iran through Ancient Egypt. So let’s dive in!

While today we think of the "Middle East" as a geographical area, the language and literature of Middle Eastern cultures, especially Arabic, had a widespread influence across multiple continents. It reached from India in the east to Spain in the west, across modern-day North Africa, Turkey, Iran, and the Arabian Peninsula. It's this broad area that we'll be discussing today.

The earliest poetry in the Middle East was sung by tribal poets of the Arabian peninsula who memorized and recited tens of thousands of poems. These poems were used to declare war between tribes, resolve disputes, and preserve legends and history.

One of the most common types of poems in this era was the “wuquf ‘ala al-atlal” or “stopping by ruins.” In these poems, a wandering poet paused in the middle of ruins to observe and reflect. Eventually, this type of ruin poetry became so common that poets would write satirical poems about “ruin-wandering.”

Today, though, ruins have taken on new significance because of the destructive warfare in the Middle East. Poets in the Middle East today use ruins to comment on the devastating effects of war on homes and families.

Let’s take a look at a few forms in greater depth. Remember that many of these styles of poetry developed over centuries, so their rules vary. Also, since many were sung or recited before they were written down, they have patterns of sound as much as sight.

Books and Poems to Read

We have a wide range of poetry recommendations for you today! Of course, with so much variety in historical and contemporary Middle Eastern poetry, this is only a small hint of the poetry available. So go out and read!

19 Varieties of Gazelle: Poems of the Middle East, collected by Naomi Shihab Nye

A Maze Me: Poems for Girls, by Naomi Shihab Nye

The Space Between Our Footsteps: Poems and Paintings from the Middle East, collected by Naomi Shihab Nye

Other Words for Home, by Jasmine Warga (verse novel)

We’re Sailing Down the Nile, by Laurie Krebs

Collection of picture books and stories for kids and teens from across the Middle East, compiled by Colours of Us

Lugalbanda: The Boy Who Got Caught Up in a War: An Epic Tale From Ancient Iraq, by Kathy Henderson (lyrical prose based on ancient poetry)

A selection from The Rubaiyat of Omar Khayyam, translated by Edward Fitzgerald

A selection from “Where Did the Handsome Beloved Go?,” by Rumi